Simone has been on pretty much every media platform. She’s getting as famous as Nadia and Olga.

unrelated – Trevor Noah’s autobiography — Born a Crime — is one of the best I’ve ever read.

Mary-Anne Monckton shared this survey. The data collected may be used in a book about positive coaching.

… The Whitlock Workout gathers together all of Max’s user-friendly exercises and quick workout routines that anybody can try, from simple stretches on your sofa, to those using just a cushion or a pillow, through to more advanced total body exercises which can be taken outside to your local park.

Along with nutritional tips and his favourite quick and healthy recipes to help fuel your body, Max shares the secrets of his success and teaches us how to be fit for life. …

Amazon – The Whitlock Workout: Get Fit and Healthy in Minutes 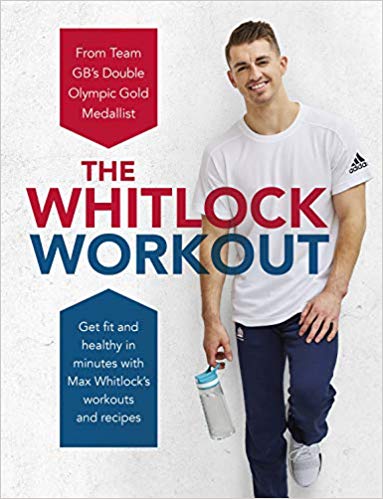 It’s by Abigail Pesta, an award-winning journalist and author.

The Girls: An All-American Town, a Predatory Doctor, and the Untold Story of the Gymnasts Who Brought Him Down

The publisher sent me a review copy.

Her story hurts to read. But the book is well done.

In Abused: Surviving Sexual Assault and a Toxic Gymnastics Culture, Rachel details her experiences as a competitive gymnast and the painful realities of being one of Nassar’s many victims.

With honesty and candidness, Rachel shares how the sport she loved that gave her so much—friendships, accomplishments, a college education—is also tangled in a dangerously toxic culture that needs to be fixed. In a world that was setting her up for a lifetime of recovery, she tells how faith, family, and an army of survivors made healing possible.

Rachel’s story is not unique. Any gymnast will relate to her detailed accounts of training, competition and injury.

She loved Gym. Thrived in J.O. in Michigan.

In Level 9 she made Eastern Nationals. A huge accomplishment.

But two weeks before her next Eastern Nationals the Gym was sold. She and her coach needed to train so they went to Geddert’s Twistars, a 90 minute drive from her home.

That worked so she stayed at Twistars. It wasn’t long before she was sent to see Dr. Larry Nassar who volunteered at the Gym on Monday nights. The injury was a torn hamstring.

He treated it at the Gym in a small room used to store equipment. She was age-14 when Larry did the first ‘internal manipulation’.

Later she was abused at his MSU office and at his home. Over the next 6 years those internal treatments were continued regardless of the injury.

Rachael has many positive things to say about John Geddert. As well as her Beam coach, John’s wife Kathryn.

Despite increasingly serious injuries, she continued to be very successful in competition. She trusted the Gedderts. And trusted Larry Nassar, the only doctor who told her she could make a comeback after one back injury.

At her first Karolyi camp only one male was allowed in the gymnast cabins – Nassar.

When she went to visit the Minnesota Gymnastics team she was shocked at how different it was compared to Twistars.

Happy to be offered a scholarship, the Minnesota trainers were worried about Rachael’s back. She convinced them to talk to Nassar. And she continued to be treated by Nassar when she could.

Then one of her College coaches, Jim Stephenson, was charged by another gymnast with sexual harassment. He was suddenly gone but the Head Coach — his wife Meg Stephenson — stayed.

Rachael felt the Gopher team began to self-destruct. A few months later Meg quit. It was a bad season.

With two years left on her scholarship Nassar told Rachael to quit for medical reasons. She later realized he was already under investigation.

Rachael refused to quit. Decided to continue for a 3rd year competing only Beam and Vault. Miraculously Minnesota made Nationals in 2016. Another huge accomplishment for Rachael.

Rachael is an amazing competitor. Over her career, she kept finding some way to HIT despite multiple obstacles. Her story is shocking that way. I really admire her tenacity. And her honesty in writing this book.

Four months after her final Gymnastics competition the Nassar headlines hit the media. She told her Mom that she didn’t believe the allegations, worried that her mother would feel responsible for Rachael’s own abuse. At that point, she still believed in her doctor.

In 2017 she finally had the spinal fusion that had been put off for years.

Rachael agonized over joining the other Nassar victims. Especially in telling her parents. But in January 2018 both Mom and Dad attended the hearings with her. She was Survivor 195. Her victim statement was not released in court. But she does include it in the book.

If you still can’t fathom how Nassar got away with it for so long, read this book. In context with everything else that’s happening, it makes more sense. These young women truly believed that Larry had their best interest at heart. They all trusted him.

A memoir by Rachael Denhollander.

The memoir will have a children’s book companion.

Also, she wrote a children's book to be released simultaneously with her memoir. You know, because why not? pic.twitter.com/9aETnmsrKb

You can pre-order the hard cover version from Amazon.

In Abused: Surviving Sexual Assault and a Toxic Gymnastics Culture, Rachel details her experiences as a competitive gymnast and the painful realities of being one of Nassar’s many victims.

With honesty and candidness, Rachel shares how the sport she loved that gave her so much—friendships, accomplishments, a college education—is also tangled in a dangerously toxic culture that needs to be fixed. In a world that was setting her up for a lifetime of recovery, she tells how faith, family, and an army of survivors made healing possible.

Rachel Haines was a two-time member of the U.S. Women’s Gymnastics Team, a two-time National Champion, and a Division I college gymnast at the University of Minnesota. She holds a Bachelor’s degree in child psychology and a Master’s of Education degree in family social science. Haines lives in Mendota Heights, Minnesota, a suburb of the Twin Cities.

Queensland has just had another year of growth at 9%, reaching 54,800 registered club gymnasts.

Gymnastics in QLD is the third most popular sport for young people (behind swimming & soccer).

Trevor is a co-author of an official history of gymnastics in Queensland which is in the works. 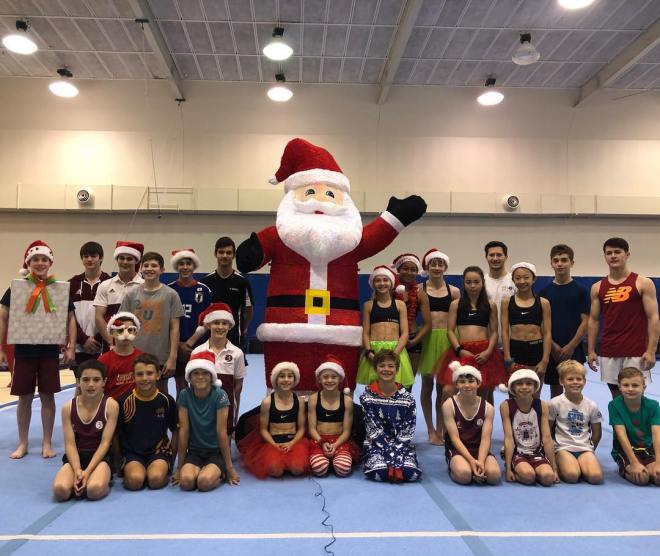 Expecting to enjoy this book, it was even better than anticipated.

This book is must read for any Beam / Floor coach.

Life Is Short, Don’t Wait to Dance is a thankful celebration of Gymnastics, a refreshing respite in an era where conversations are often dominated by the crimes of an evil doctor.

Miss Val is one of the most successful College coaches all time. Yet, as a dancer, she doesn’t pretend to be a technical expert or biomechanist. Her specialities are artistry, musicality, dance and choreography. A non-gymnast, she became one of the greatest NCAA Beam coaches in history learning on the job.

Even more interesting to me is her skills set of all those MANY things that coaches need outside Gymnastics.

Miss Val is a case study on those MANY other things.

Surprisingly, I also recommend the book to non-Gymnastics readers. Life lessons for all. I learned a lot.

She discusses one issue I hadn’t seen addressed before: the awkward words ‘victim’ and ‘survivor’. She tells of Jordyn Wieber’s dislike of both words. I use victim as much as possible over survivor.

I loved the section on face tattoos. UCLA does NOT wear face tattoos. As an old dinosaur, I agree with Miss Val on this. Can we start phasing those out? Please.

For once an author openly admits her ghost writer is a contributor. That’s Steve Cooper, one of the GymCastic team.

Aly Raisman doesn’t do that, for example. Her co-author is journalist Blythe Lawrence.

I enjoyed hearing her team rules at UCLA. It’s a challenge to motivate young women away from home for the first time.

Miss Val didn’t talk enough about the high rate of injury in College Gymnastics, in my opinion. UCLA has had more than their share. I’ve always attributed that to her tendency to recruit Elite gymnasts over Level 10s. Elites tend to arrive with more injuries, I suspect.

Miss Val reads the audio book. It makes the content more personal. Get the audio version if you can.