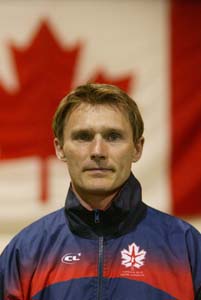 The last Canadian University with an elite competitive program is no more.

On June 30, 2020 the University of Calgary ended its relationship with the Competitive Gymnastics program.

With severe budget cuts from the Provincial government and the subsequent Covid 19 crisis, it became impossible to financially continue operating the program.

The U of C have developed competitive gymnasts since 1967, and produced CWUAA, CIAU, Canadian, Pan Am, FISU Games, Pacific Rim, Commonwealth, and World medalists. In 2008, half of the men’s Olympic team came from the U of C.

Many of the parents and coaches of the existing program are looking into a new facility, and hope to continue the tradition with a new club. It will never be the University of Calgary, but what we all learned from our time there can certainly be taught to future generations.

(I’ll stick around to help this one get started)

I feel like the luckiest Dino of all time, I spent 37 years at the U of C gym, and was privileged to train with, work with, and coach some incredible people.

There were so many individuals that influenced, inspired, and supported me to live my dream, and if you’re reading this, you’re probably one of them.

One thought on “University of Calgary drops competitive Gymnastics”