Mark Williams (Oklahoma): “No! I believe we must stay with the FIG scoring system to stay relevant.”

Thom Glielmi (Stanford): “Yes, but it would have to be initiated by FIG.”

Rustam Sharipov (Ohio State): “No. The majority of our guys want to make the national team, they want to go to the world championships, they want to represent the U.S. ….”

Justin Spring (Illinois): “No. The only reason the 10.0 worked, in my opinion, was because it was a score cap. Almost everyone in the competitive field had a 10.0 start value and the audience assumed that to be true for all competitors. If we go to a modified 10.0 using a scaled open-ended Code where only 5% of the competitive field is even close to a 10.0 start value, it will only confuse fans even more.”

Randy Jepson (Penn State): “Yes!!! It would be very easy to have judges determine a final score using the current FIG standards and use a multiplier on that score, which would equate to a 10. It would be a huge benefit for media and fans.”

Mike Burns (Minnesota): “As much as going back to a 10.0 might make our scoring easier to understand, I don’t feel that deviating from the FIG Code of Points is a wise decision. Because a large chunk of the Olympic developmental pipeline runs directly through the NCAA men’s program, I feel it’s imperative we stay aligned with the FIG.”

IG – Stretching Out: Oklahoma Dominance and the 10.0 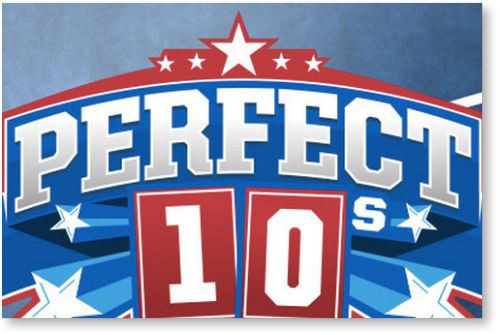 4 thoughts on “should Men’s NCAA return to the perfect 10?”